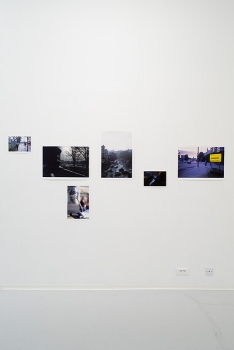 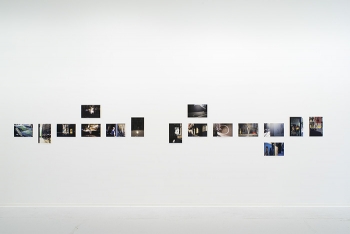 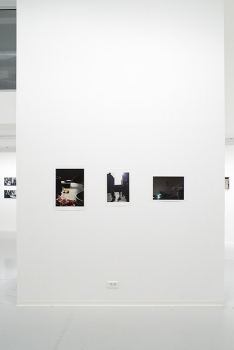 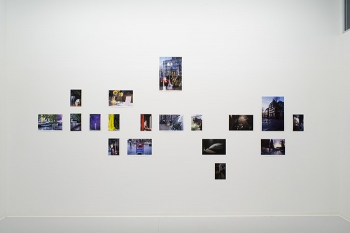 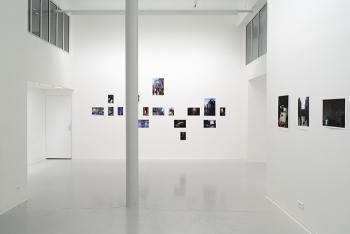 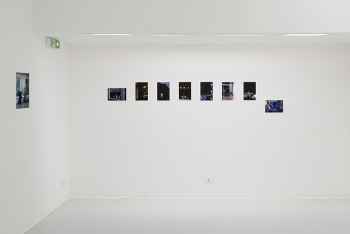 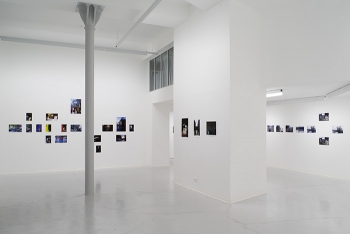 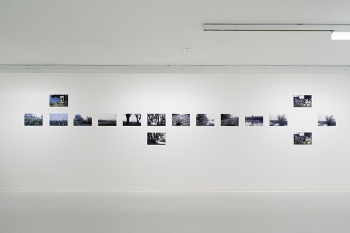 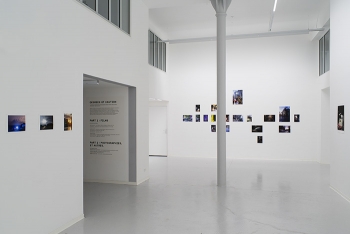 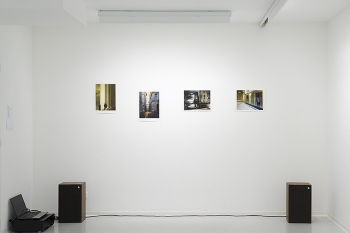 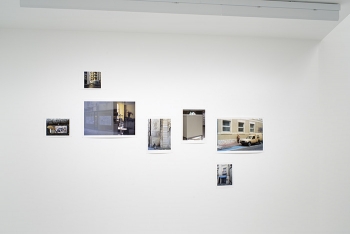 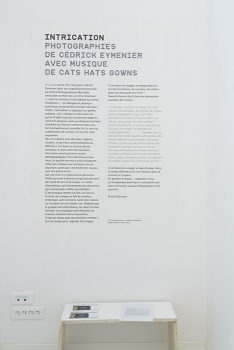 Entanglement (in French, “Intrication”) is Cédrick Eymenier’s chosen title for his personal exhibition at the Centre Photographique Marseille.
Entanglement is an uncommon word and an unexpected title — though artists have helped us acclimatize to unorthodox labels — one which, in quantum physics, designates a real but unknown property. Entanglement occurs on the small scale, consisting of the production of paired objects which are entirely separated, sometimes situated at great distances from one another, connected by mutual, invisible bonds. The meaning, both of the artist’s process as well as this exhibition, lies in the potential of this entanglement.
These knots are discreet, delicate, simple, and whether they be evident or obscure, it is up to the visitor to find them and create their own.
Entanglement unites several photographic suites. They work upon walls, partitions which will occasionally dialogue amongst themselves. Each partition presents one or several suites that enmesh, or not, with the others.
Upon these walls are two kinds of suites: those that are continuous and work as a temporal and spatial unit, and those that are discontinuous, that work by attraction, by visible or invisible bonds.
It’s similar to a film; a film in which the choice of images is made empirically, without a script, without a storyboard. The music is a soundtrack, created by Cats Hats Gowns, under the Coriolis Sounds label. These compositions are diffused randomly throughout the exhibition. They require time to be heard, just as the images require time to be observed.
This is also a journey — a journey in a world of wanderings, of lights, of reflections. In a text published in 2010, Yannick Haenel [1] describes the artist’s visual obsessions: “long metallic surfaces, and then reflections — so many reflections. Some are warm, those of the leaves for example; others are quite cool, like the car bodies. What becomes clear in looking at Cédrick Eymenier’s photographs, however, is that it’s not enough to speak only of warm and cool tones. Affect streams from these windshields, these shiny hoods, the broom shrubs in the middle of town, the cracked pink and yellow stones like resting sex organs, the luxurious window displays, these flowers, these jewels, so many furtive glimmerings and so many carried shadows: an affect that transforms space into a volume of light.”
Therein lies the sense of this strange journey in dilated time and vacillating sound, in light and in space.
Speaking of space, let us remember that in quantum physics it has been proven that without entanglement, any form of teleportation is rendered thoroughly impossible.